Time for a Game Plan

This column should be called A Thousand Words On Something Obvious. Everyone agrees about this already, what value could I possibly add to this kind of subject? So call it a favor, humor me for just a few minutes. I want to get into what a game plan actually looks like, and as with most things, it’s easier to talk about it in the context of sports.

Say you’re sitting in the locker room, fifteen minutes before the big game, and coach comes in to stir the players and get the competitive juices flowing. Coach tells you how great you are, how great the team is, how the competition can’t compare, how you’ve beat them in the past and can beat them again! Great! So what’s the plan coach?

Score more points than the other team!

High fives all around!

And that’s business planning for a lot of us these days. The focus on the result, along with the assumption that each and every one one of us can figure out what we should do for each given play. And that works in part because the other teams have the same terrible game plans.

Of course if you’re a fan of sports at all you know that a huge amount of research, practice and intelligent strategy goes into most game plans, even at the lowest levels. You research the other teams, honestly look at your strengths and weaknesses, understand where your best roads to success are and have a playbook on how to start, how to respond and when to take risks if the plan isn’t working out like you’d want. So shouldn’t your company/region/division/team have a better game plan than the average high school football team?

The common denominator behind these plans is research and data. Knowing the reality rather than running on assumptions. Experience is great, but it leads to stagnation of opinions that soon drift out of touch with the new reality. And if ever there was a time when experience will be challenged by the new reality, it’s life in 2020.

This year will be one we’ll all want to forget. A lost year, we’re doing what we can to keep our heads down and get through. A respite seems to be still far in the future. Roll on Spring 2021, when we hope to emerge to a world anew, one where we can go outside and function normally. See each others faces again and have fewer Zoom meetings. With this lost year behind us there’s going to be tremendous catch-up. And with the catch-up comes instability as everyone emerges assessing the damage done, the resources lost (or gained) and how to go grab the new sales and share that wakes up along with us. Covid will end up being a transition event, a shake up the disturbs the landscape allowing for change on a scale that doesn’t happen when times are good and everyone is happy. In other words 2021 and 2022 are the big game – get this right and you’ll be champions. Sleep on them and you’ll be left behind for maybe the rest of the decade.

Game plans work when they get as specific as possible. General plans like ‘score more points’ don’t mean anything. If they don’t describe an action they’re not a plan, they’re a goal - and in my last column I talked about the value of setting goals. Rather your plan should be built up of as many specific actions as is required. Tackle all the aspects of your business you can control. Some of the actions will be pretty short. If your warehouse is an efficient machine then just keep going and keep the team behind it happy. However if your warehouse is getting out of control, too much stock gathering dust and too many sales having to be priority shipped in, now’s time the to address the problem rather than put it on the back burner.

If you have a crack sales force of young energetic professionals then you’re in great shape. However if you’ve laid off and you’re looking at an aging sales force who have tremendous market understanding that leaves when they do, well then it’s time to transfer that understanding to the next generation. Things can’t be kicked down the road much longer.

If you have smart analytics that help your team identify customer issues early, then you’re ahead of the game. If instead you’re entirely reactive running from one fire to the other then you’re always going to be behind the curve.

Notice that so far we’re not talking about scoring more points – selling more products. First make sure your enterprise is set up for success. All the action setting in the world doesn’t matter if your team can’t complete the actions.

And while often times the solutions to all this can be generated within your own team, don’t discount turning to experts in their field to help you. Getting great at something, be it selling, pricing, stocking, training, supporting and so on is a skill learned like anything else – you don’t need you teacher to be with you every day of your life, but you can’t self teach and expect to become experts. Know when to call for help. Know that they’re giving you the right foundation, rather than being a crutch you’ll end up depending on. You might have been doing things the same way forever, but that’s not necessarily a good thing in this day and age.

And as for sales and customers themselves, we’re fortunate to be in an industry where the demand is already there, we’re there to be the defacto choice of where they fulfill that demand. And that’s the game plan we need to support – making the most of the numerous opportunities that will come our way.

The sooner you start building game plans, the better they become. They should have many authors, play through many scenarios and serve as a communication tool so when you’re in the middle of the game you have something you can turn to. And while all of this might sound like stating the obvious, take a look at your own plans and see if that’s what you’re really building. If so then you’ve read a thousand words telling you how smart you are. If not, well it’s Time for a Game plan!

Read some of Mark's other posts:

And remember that NAED's Market Data Program is a great place to start when beginning that game plan. 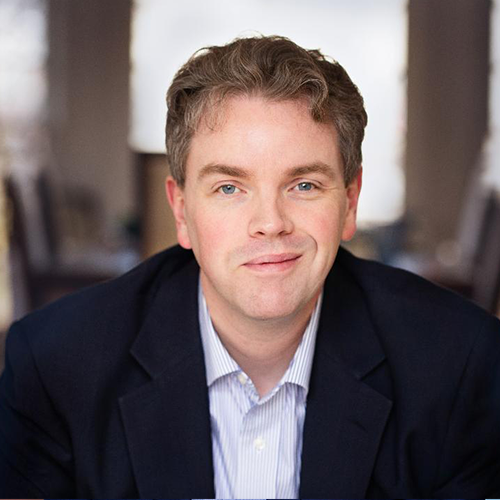 Mark McGready has been working with data analysis for over 20 years in the electrical industry. For the last 10 years Mark founded and ran Jigsaw Systems Inc, a successful data analysis and process improvement company that focused on key sales and marketing challenges like SPA contracts, pricing matrices, inventory analysis and harnessing Point of Sale. Recently Jigsaw was acquired by SPARXiQ, formally Strategic Pricing Associates, in order to widen the services and capabilities available to the industry. Mark brings a combination of understanding data with a commercial sense of real world applications. His tools have generated millions of dollars in top line and bottom line results with his long list of clients.